Realization of quantum experiments in space

HomeNewsRealization of quantum experiments in space

The workshop will host the targeted discussion of experts in quantum experiments with optomechanics (levitated and cantilever), as well as matter-wave interferometry. It will also invite theoreticians working on experimental concepts for large-mass matterwave interferometry experiments. The workshop has two goals: 1) to discuss and potentially decide the best experimental realization of large-mass quantum experiments in space to achieve the fundamental physics goals as defined during the Bratislava event in early 2018, and 2) to bring together experts on all relevant fields of research to hold an informed discussion and to form a group which should continue to work together toward the experimental realization of large-mass quantum experiments in space. The workshop is primarily to bring together the scientific community, while also partners from national and European space agencies, funding agencies and industry will be welcomed. The output of this workshop will be relevant for the ESA CDF study on MAQRO, which is planned for early 2018 and which will be ongoing during the event of this workshop. Therefore the workshop will be used to inform the wider community on the developments during the CDF.

For the address “Floßgasse 9”, see the map on this page. By public transport: take the subway line U2 or U4 to the station “Schottenring” and take the exit “Herminengasse“. From there, it’s a rather short walk. When you enter the building, follow the signs we will put up or follow the exiting signs towards the “Studio”. It’s through the ground floor to the backyard. Once inside the backyard, go to the right and past the outdoor tables – the seminar room is down a few stairs.

This meeting is supported by the COST action QTSpace (www.qtspace.eu). 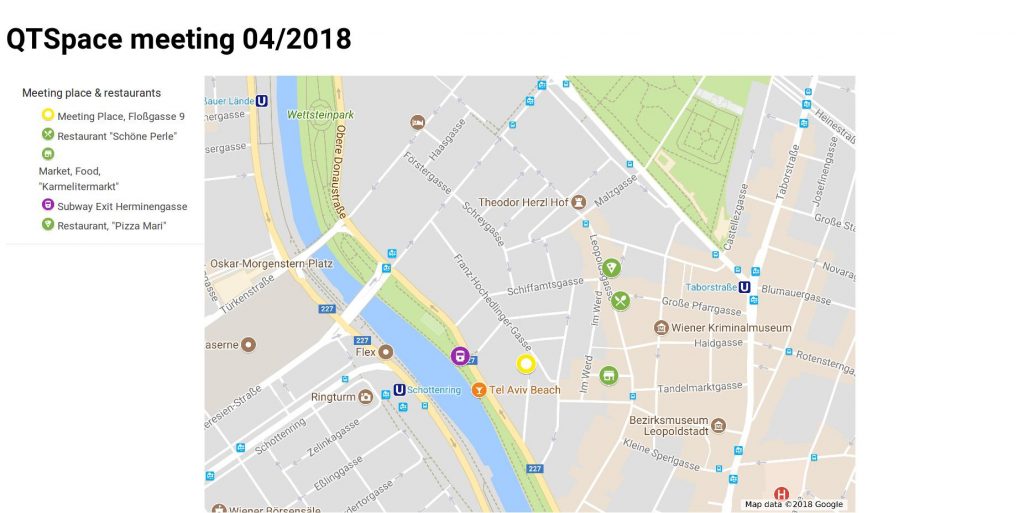